In addition to antifreeze, antifreeze has the following advantages:

Anti-corrosion: The engine and its cooling system are made of metal, copper, iron, aluminum, steel and soldering tin. These metals will corrode and rust over time if they come into contact with water at high temperatures. Antifreeze not only will not cause corrosion to the engine cooling system, but also has anti-corrosion and rust functions.

General use: automobile, train diesel locomotive, tractor, ship, engine, water tank and all kinds of machinery equipment, diesel engine, gasoline engine and other cooling systems used as coolant. With anti - freezing, anti - boiling, anti - corrosion, anti - scale and other functions. The boiling point of water is 100℃, the boiling point of high quality antifreeze coolant is usually 110℃ above zero, so in summer use, antifreeze coolant is more difficult than water to open a pot. The biggest problem for drivers using water as a coolant is scale, which sticks to the metal surfaces of their tanks and water jackets, making cooling less effective and difficult to remove. The high quality antifreeze is made of distilled water and added with anti-scale additive, which not only does not produce scale, but also has the function of descaling. Of course, if your tank scale is very thick, it's best to clean it thoroughly with a tank cleaner before adding antifreeze. Like water, it has the advantages of high specific heat, high latent heat of evaporation and convenient supplement. When the ambient temperature is below zero, the water in the cooling system will turn into ice, and the components of the cooling system will be damaged by expansion cracks. At this time, the selection of antifreeze liquid can ensure the normal operation of the engine at low temperature.

With the improvement of engine structure and the progress of material technology, compared with the old engine, a significant feature of modern automobile engine is that the operating temperature of modern engine is high, and the upper limit of normal operating temperature is generally over 100℃. Taking domestic cars as an example, the normal working temperature of the engine is: 90℃ ~ 105℃ for Shanghai Santana, 85℃ ~ 115℃ for FAW Jetta and 90℃ ~ 118℃ for Fukang. If all the water is injected, it will boil over when the engine temperature reaches 100℃. In addition, the water is corrosive, which will produce scale and affect the cooling effect. So a special cooling medium, antifreeze, is used.

It is a misconception that antifreeze is used exclusively for vehicles in cold regions. The antifreeze liquid on the market is mainly composed of glycol, which has the characteristics of high boiling point and low freezing point. The antifreeze liquid also contains additives to prevent the oxidation of ethylene glycol (will form a corrosive byproduct), prevent corrosion, prevent foam, etc.

Protection function: 1. Protect the components of the cooling system against corrosion. Two, prevent scale, avoid reducing the heat dissipation of the radiator. Three, ensure that the engine can work within the normal temperature range.

Therefore, the engine antifreeze, must have anti-freeze, anti-calking, anti-corrosion, anti-scale, no foam characteristics, not affected by the season and the region. Among them, freezing point and boiling point are the basic indexes of antifreeze fluid.

Company profileQingdao Hisea Chem Co., Ltd is a famous chemical manufacture since 1996, located in Chemical Logistics Park of Qingdao port which is only 30 kilometers from the Qingdao port, and the traffic is very convenient. Based on the oil refining chemical plant of CNPC and Sinopec which distributed around of China, we product Glacial acetic acid, Formic acid, Nitric acid and hydrogen peroxide, and we produce sodium hydroxide, potassium hydroxide, sodium sulfide, potassium sulfate based on salt, potassium, magnesium, coal resources from the lop nurand the Qinghai lake. Reduplicating distillation the acids and the solvents and improving the product purity is to reach each field application, textile, reagent and medical level etc. It is our top advantage to provide the high purity of products and make customized production according to the customer's requirements...Nowadays, we have exported to 70 countries around of the world and establish firm trade relationship. It would be our honor if you can contact with us and cooperate with us. 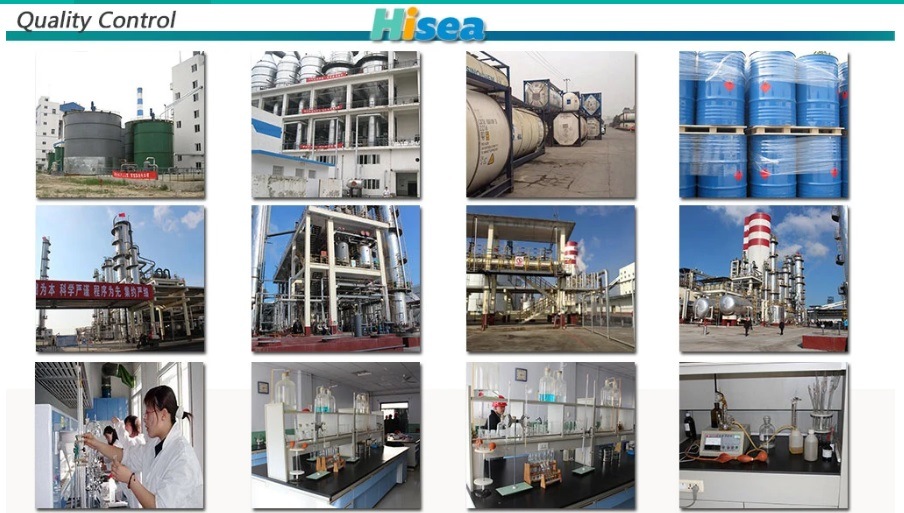